They Lived Next Door to a Dictator

Neighbours to the "Butcher”

Idi Amin earned the nickname “The Butcher of Uganda” for atrocities committed under his presidency, including the killing of as many as 500,000 people. In 1969, two years before seizing power in a coup d’état, Amin was commander of the country’s armed forces.

Usha and Manmohan Sood lived in Kampala, Uganda, next door to Amin’s compound, in housing provided by Manmohan’s employer, East India Railways. The Soods, who were part of Uganda’s significant South Asian population, frequently saw Amin's motorcade whipping down the boulevard, forcing other vehicles off the road.

When Manmohan’s car was hit by the motorcade, he reported the incident to the police. They refused to sign his report. If they did, they said, he would probably be shot by the military. And likely, so would the reporting officer. That’s when the Soods, both born and raised in Africa, decided to leave. They arrived in Canada in the spring of 1969.

Three years later, just 18 months into his presidency, Idi Amin issued an edict to expel Asians from Uganda. The policy was an extreme manifestation of a movement to reject colonial structures and transfer power in Africa to African hands - the British had originally brought South Asians to Uganda in 1895 to build railroads, and the population had subsequently established itself in the country’s business sector and bureaucracy.

Beginning in September of 1972, nearly 8,000 Asian Ugandan refugees arrived in Canada. This fall marks the 50th anniversary of the arrival of this wave of newcomers. It was our country’s first resettlement of non-European refugees on such a scale.

In Canada, the Sood family settled in New Glasgow, Nova Scotia, where Manmohan (who was known in New Glasgow as “Mike”) found a job with railway manufacturer TrentonWorks (then known as Hawker Siddeley). Other family members arriving in Canada, fleeing Africa, often stayed with the Soods for a few weeks. Their home was within walking distance of a department store where the new families would be fitted out with winter coats, boots, and mitts.

The Soods sensed what was coming in Uganda and left before things got bad. In Nova Scotia, they made life-long friends with new neighbours while their former neighbour seized power and ruled his country as a dictator from 1971 to 1979. Usha and Manmohan have now lived in Canada longer than they lived in Africa. If you ask them, they will say how proud and fortunate they feel to be Canadian. 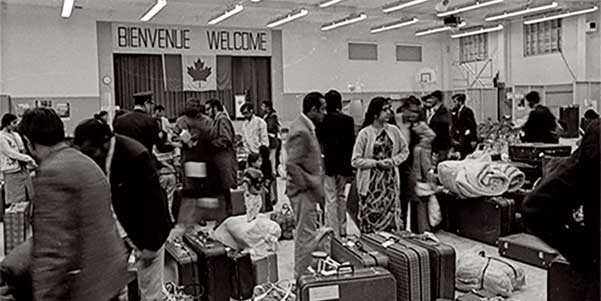 Canada’s Oppressed Minority Policy and the Resettlement of Ugandan Asians, 1972-1973 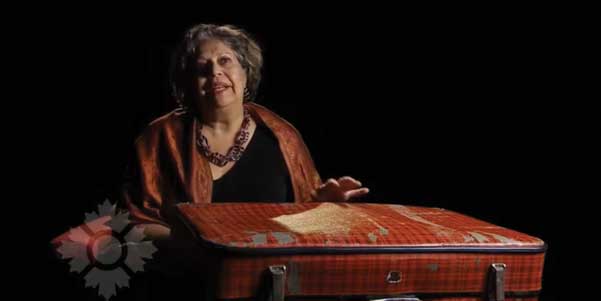 Part of a series of videos made by newcomers, telling their stories.