Len and Jane Streng (Dad and Mom) came from Oudewater, Holland where they owned a “dairy” store selling butter, milk and cheese. Dad delivered milk door to door, while Mom looked after the store and the kids.

Having been an active resistance member during the war, Dad had many memories and disappointments to deal with in the years following the war. He felt Holland was still a very vulnerable country as proven in May of 1940. Neither Dad nor Mom wanted to re-live the war, nor did they want their children to live it again. Mom and Dad wanted to provide safety, security and opportunity for their children - a better life than what they felt Holland and Europe had to offer.

In November of 1951, they decided to leave Holland and move to Canada. At the time, the plan was to move with nine children. Their youngest son, Gerardje passed away at seven months of age – four months before leaving the country.

Mom and Dad packed all their belongings, sold their business and said goodbye to family and friends. The Streng family left Rotterdam on May 21,1952 on the ship Zibajak headed for Canada. They headed for the unknown - a new language, new culture and new way of life. Mom and Dad both had tears as the ship left the harbour.

Mom in particular had several bouts of seasickness and was very busy keeping track of her children. Luckily there was a daycare unit which entertained six of the children for part of the day. Tony and Len, however, were considered too old for daycare, so spent their time running around the ship and could be found anywhere from the control room to the lifeboats to the engine room. The food was great. There was plenty of Dutch food and treats plus lots of food they had never tasted.

On May 29, 1952, Dad, Mom and their eight children were able to leave the ship and received their Landed Immigration Status at Pier 21, Halifax, Nova Scotia.

As the initial departure date had been delayed by two weeks, Dad’s job arrangement had fallen through by the time they landed. Their entry was delayed. They spent six weeks in Pier 21’s immigration quarters before taking the train to London, Ontario where they met with the Bishop of the diocese. From there they took a bus to Kintail. Their Wooden Crate (kist) containing all their belongings including furniture, clothing, bedding, kitchen supplies were not removed from the train and arrived in Kintail six weeks later.

Dad had a job working for a farmer for the summer. The house they were living in was not suitable for winter so in the fall of 1952 they moved to Beachville. Dad worked in a factory in Woodstock, Ontario building TV cabinets. In April 1953, they bought a house with ten acres at Princeton where their youngest child Leona was born. Len eventually got a job in the Sock Factory, while Corrie eventually got a job working with the family of the Sock Factory owners; Tony went to work in the tobacco fields year round. Corrie and Mary worked in the tobacco fields during harvest. Any money earned went to the family treasury. Mom was busy with her young children and the household. She managed to find some time in the garden, with all the children helping fill the contract to supply potatoes, cucumbers and tomatoes to local processors. Beth and Jane were at times called upon to babysit their younger siblings and make a meal.

In 1956, the entire family moved to Winchester, Ontario. Their dream came true when they were able to purchase Cloverdale Farm. Mom and Dad worked hard on their dairy farm for over twenty years until they retired.

Each of the children married and had families in Canada. Each of them were either successfully employed or successful business owners.

All have been and will continue to be, fine contributors to the Canadian culture and economy.

All of these people came from two very strong individuals, Len and Jane Streng, our Mom and Dad, who exhibited an amazing amount of courage, determination and perseverance in order to build a better life for their children. 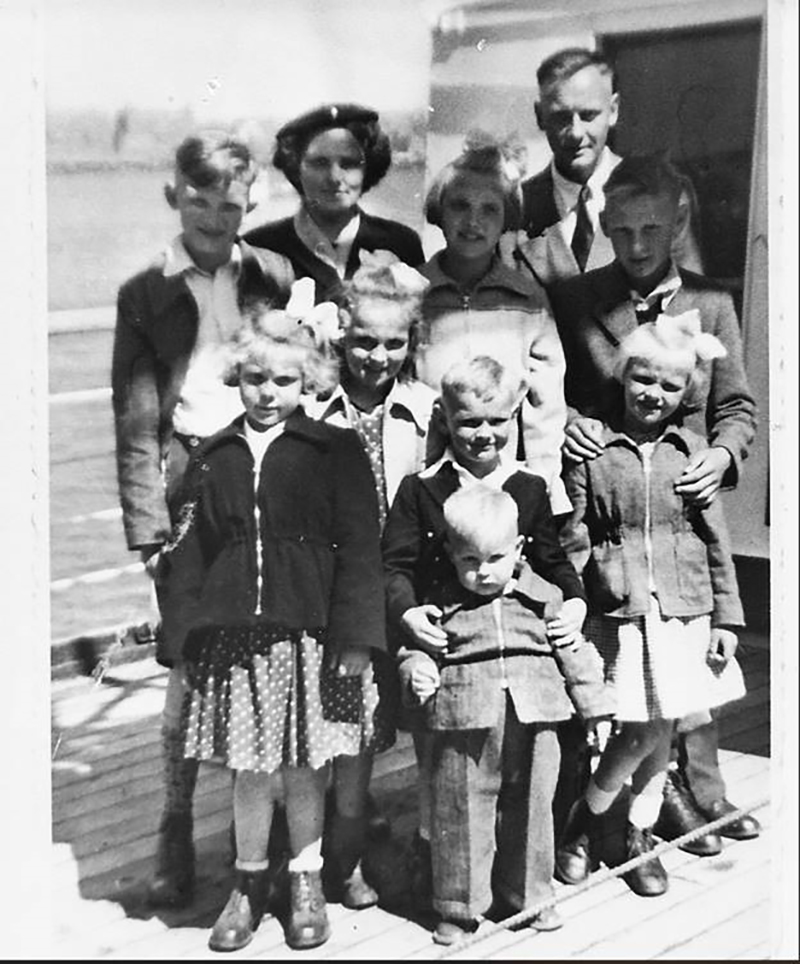 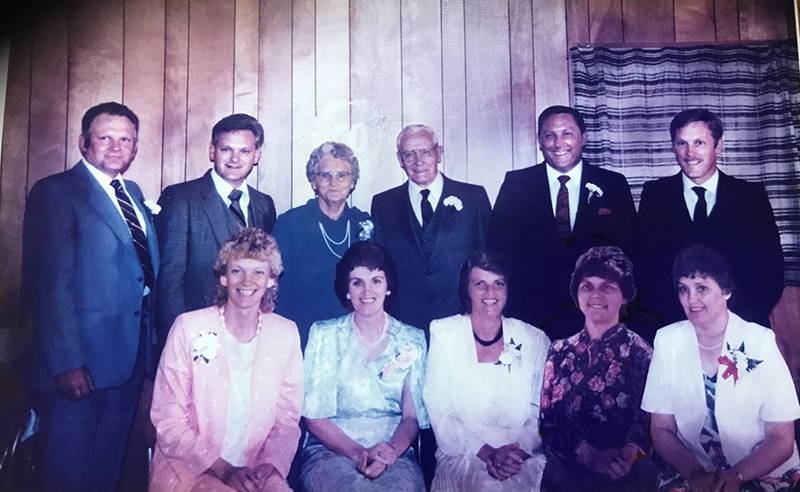