May it be known that I, Hans Escher, was born on Sept. 3, 1931 to Adolf Escher and Paula von der Stein, in Kerkrade, the Netherlands, the eldest of nine children. My parents were of German stock and nationality. In 1935, during the Depression, we were obliged to return to the “Reich”.

We ended up in the “Gau” of Mecklenburg, not far from the Elbe river, where I went to school in the village of Garlitz. Six kilometres away was the town of Luebtheen, with a population of 5000 people, with some fine buildings and many linden trees.

The market square was in the centre and the roads of the outlying villages converged upon it. There was a massive “Evangelische Kirche”, being attended by the congregation only for weddings and funerals, but their moral standards were as high as anybody’s. Further down, the “Bahnhofstrasse” was the Catholic Church, housed in a wooden shed, which figured somewhat in my life.

On Sundays I had to accompany my grandmother to that faraway church. Her right hand would hook over my shoulder, I a young lad carrying half of her weight, and my shoulder would start to hurt.

In the beginning of the war, only nationals were allowed to attend the church service. The so-called “slave labourers” huddled outside, listening through the door. Every so often, a brave soul would open the door and sneak in. The priest would stop the mass and shoo them all away. What annoyed me the most was when the man came with a long pole, with a pouch and a bell attached to the end of it, and would hold it under one’s face. If one was reluctant to put money in the pouch, he would rattle the bell by shaking the rod back and forth.

Sunday was also the day the Hitler Youth met, which I had to miss.

Monday mornings I had to face my class mates; “Escher, where have you been yesterday?”.

When my grandmother was not visiting, I was still expected to attend church. I could have played truant but were we not taught to obey our parents? The whole thing was so political, an affront, a provocation, a frontal attack. The decision to come to Canada was a piece of cake.

Luebtheen had a bus service to the railway station near Pritzier. The bus was operated by the post office, it was coloured yellow and it towed an enclosed two wheeled trailer which contained the parcels and letters. It had a musical horn and seemed to drive fast. In the older days, the stagecoach carried the mail, between Hamburg and Berlin, practically passing our house, the postilion sounding his horn.

Today the horn is the logo of the post office and it is displayed on all letter boxes.

Luebtheen also had a jail which had barred windows and it scared us children. Every so often, the policeman would catch us riding two abreast with bicycles side by side; he would wag his finger at us.

In Garlitz we had a rented house with some land. My dad was employed by the government in the agricultural department and would only be home on Sundays. When war broke out in 1939, he joined the “Wehrmacht”.

Once the war was over in 1945 and we became a part of East Germany, we moved a bit farther upstream of the Side river to the village of Quassel. Soon after my father also came home from soldiering. My mother was able to find an apprenticeship for me, for which I am eternally grateful, and I became a journeyman wheelwright.

It is a shame that one is compelled to leave “Die schöne Heimat”; the home place, it had so much to offer. Many Germans sing the song of the son coming home, “Zur Heimat, nach Mutter, zu Haus”.

But America was the magnet. At one time I had an occasion to see a photograph of the trading floor of the NYSE. Young men clad in white shirts with ties and nice pants, marking the quotations on the board. I secretly wished I could have a job like that. Would you believe that I did end up having a job with a white shirt and tie, being a draftsman in Canada. I found the pot of gold at the end of the rainbow.

On Whit Sunday 1951, leaving everything behind, I made for the “West”, thus being able to drive another nail into the coffin of communism. “Why not move properly?” I thought and made an application to come to Canada. The Canadian government advanced me the fare and I arrived in Halifax aboard the Anna Salén in November of 1951. Soon after I was hacking down trees for pulp on an island on Lake Superior, near Schreiber.

Everything had clicked into place. Kudos to Canada, the immigration department, and my first employer, Great Lakes Lumber and Shipping. 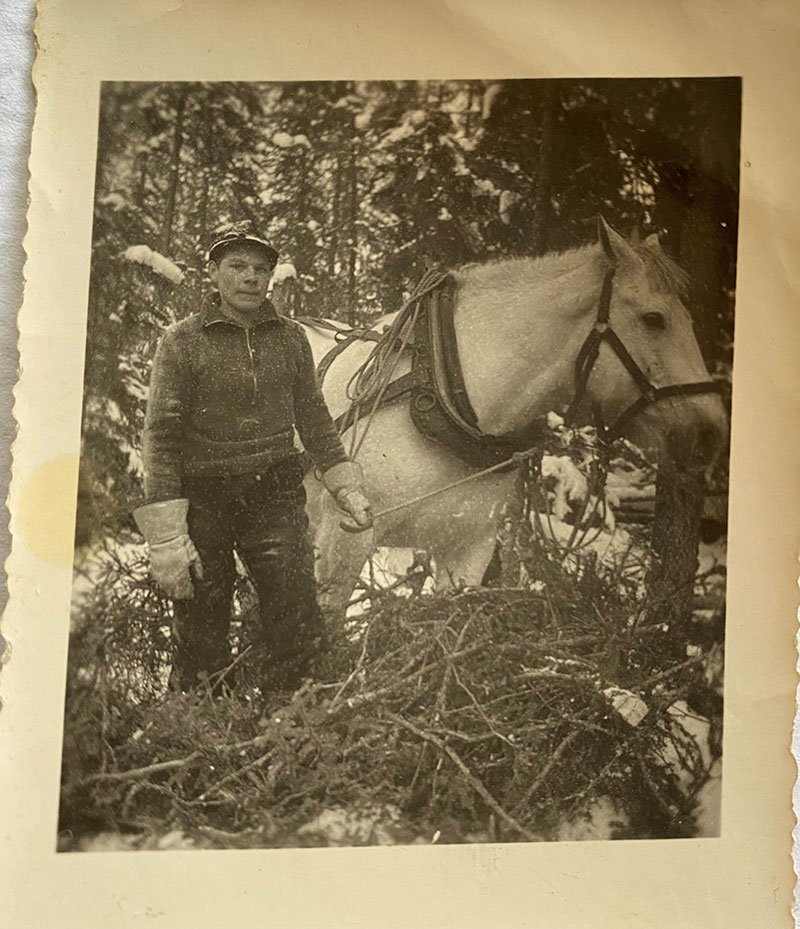 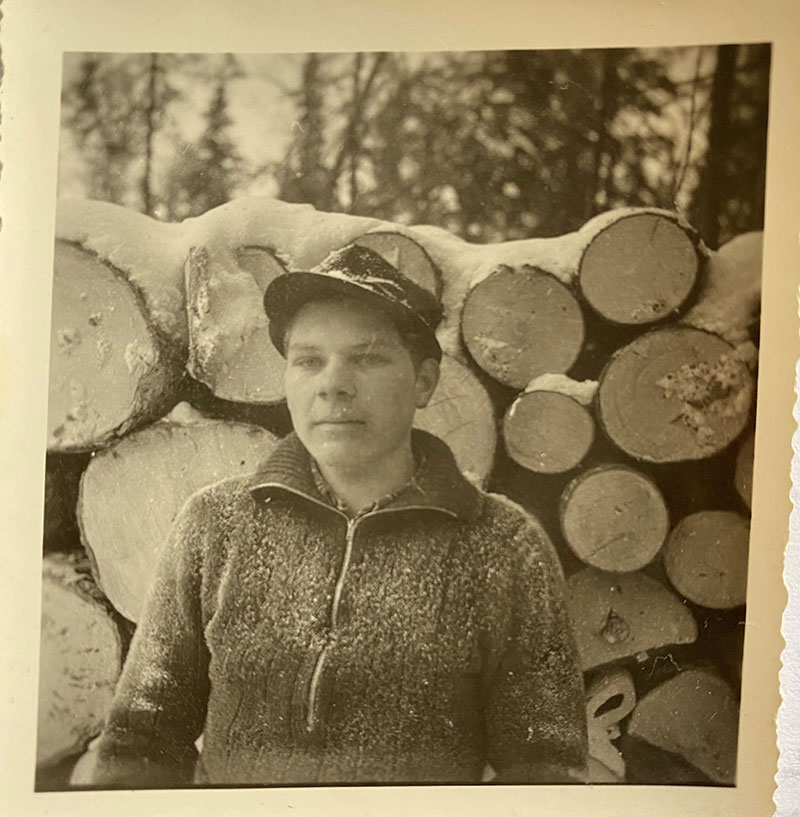 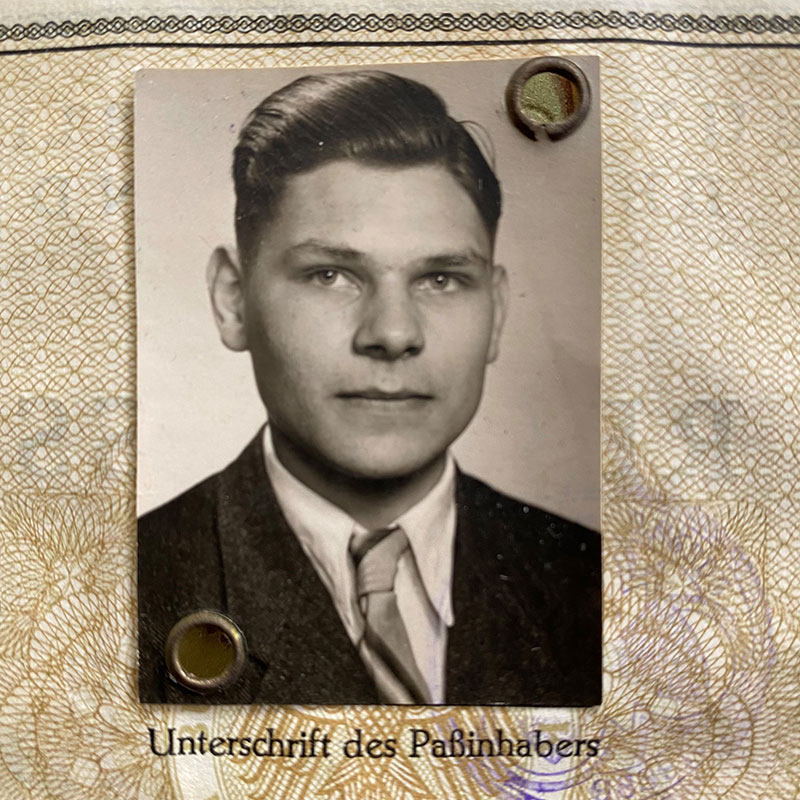 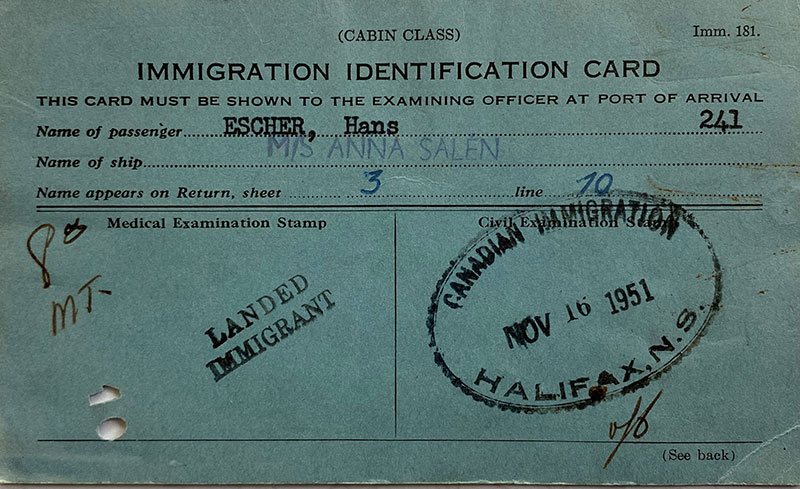 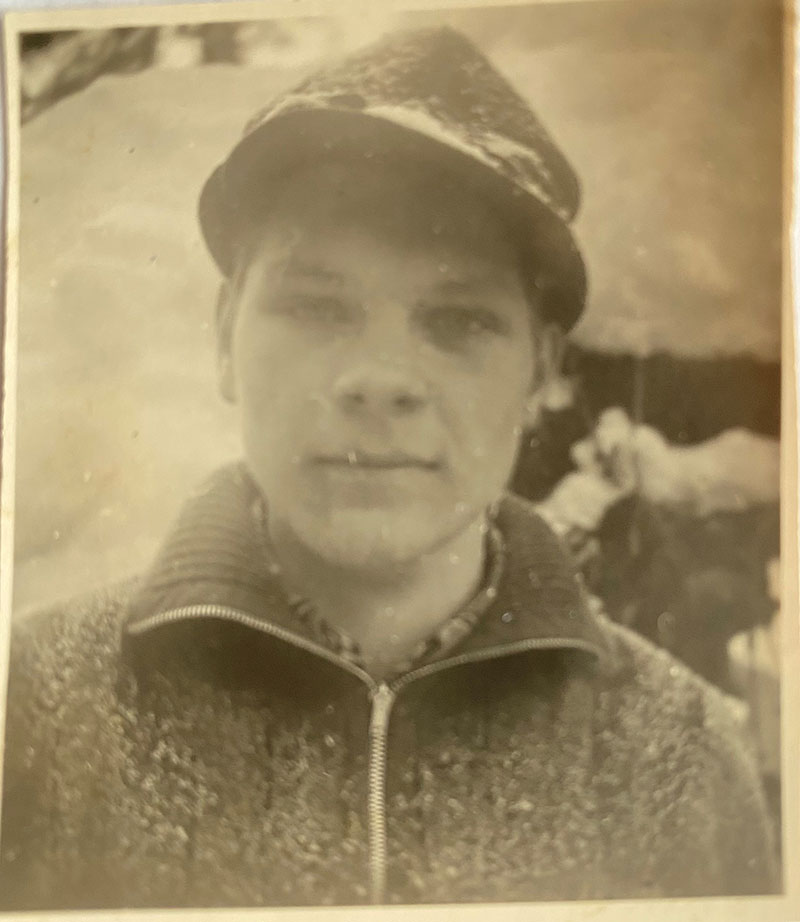 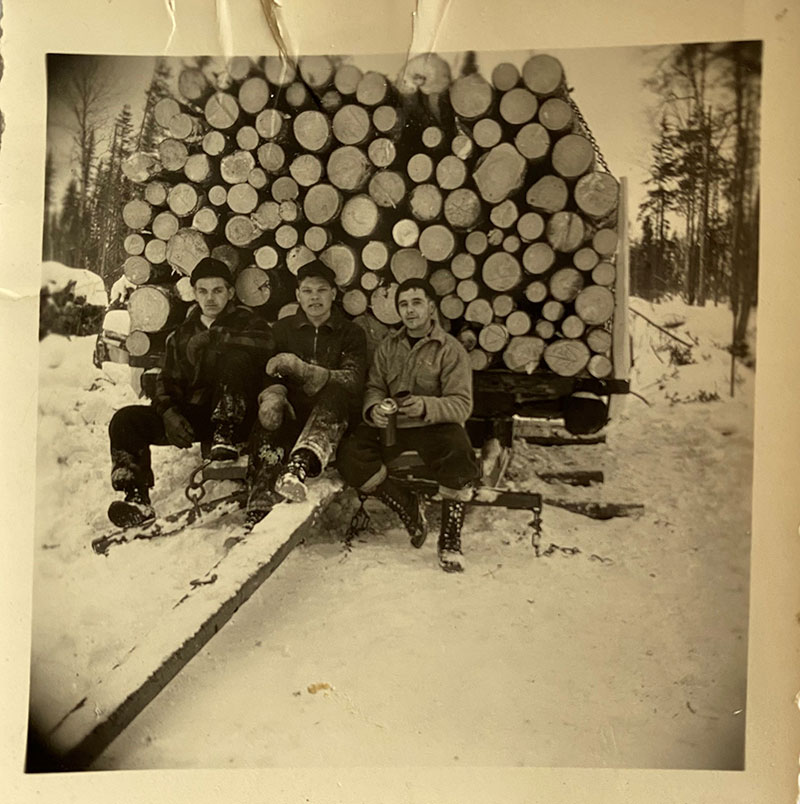